Available today from Decadent Publishing and The Sassy Seven Authors. Part of the Naughty Sleepover series. 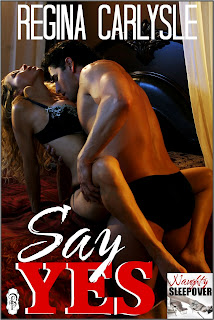 “I’ll make you famous.”
She’d spoken the words, clicked off a few pictures and then scampered off toward the rodeo arena leaving him more than a little dizzy with lust. J.D. Stone, owner of the Stone’s Throw ranch is in town for business but the sassy woman has him thinking of planting his boots under her bed. Luckily for him, the pretty Melissa Bell is staying at the same hotel!

At first, J.D. Stone looked like a ghost from her past but those long-ago imagines quickly disappear with the first touch of this sexy cowboy’s hands on her sex-starved body. The epitome of a man of the old-west, hard and strong, J.D. is everything she has ever wanted in a man but will a misunderstanding have him turning tail and running with the dawn? Not if she can help it. 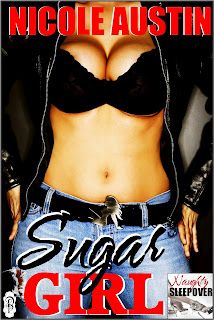 A guy walks into a bar…
And finds the sweet girl he shouldn’t have left behind.

While book smart Candy Dillon went to college and embarked on an engineering career, Jeremiah Lange became a rodeo champion and country music icon. Their differences have kept these childhood friends apart until finally, the twists and turns in their individual paths lead them right back where they belong.

All work and no play has Candy aching for a thrill. Jeremiah is the perfect man to help check a few things off her bucket list. From bungee jumping to making out on a Ferris wheel and an emotional spin beneath bright spotlights, Candy’s having the time of her life.

But in the harsh light of the morning after can she really hold on to a shooting star? 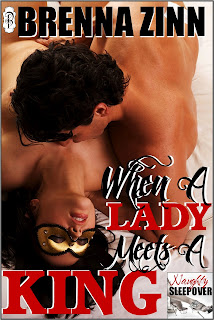 When A Lady Meets A King by Brenna Zinn

Lady Pembrook went to great lengths, traveling thousands of miles and assuming a false identity, to satisfy her fantasy­­ of a one night stand with a real Texas cowboy. But can she fulfill her dream of a naughty sexual encounter after discovering a mysterious stranger in dark sunglasses threatens to expose her scandalous behavior in America?

Though riding bulls and taming wild horses aren't the only risks Burton King has taken in a lifetime of working on a ranch, nothing scarred him deeper than falling for the wrong woman. When he finds a damsel in distress, will the oath he swore to never get involved with another woman keep him from finding the woman of his dreams?