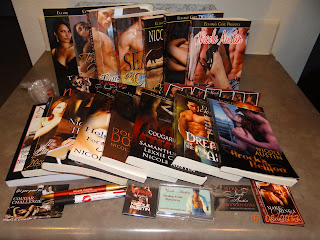 Check out the auction for author/model AB Scott McKinley. A portion of the proceeds will go to the Wounded Warrior Project and the rest will go to helping Scott, a wounded warrior hero himself. A lot of authors have opened their hearts and donated some great books. Among the items up for grabs is a basket of my entire print book collection, each book signed, along with some other goodies.

Bidding begins on 3/29/13 and will end on 4/12/13. You don't want to miss out on this opportunity. Check out the auction page by clicking here and start planning your bidding strategy early! 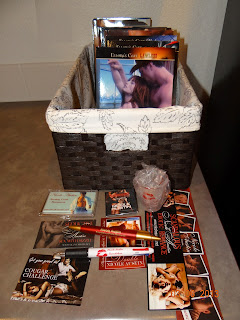 Long and Short Reviews has given Sugar Girl a 4 star rating. 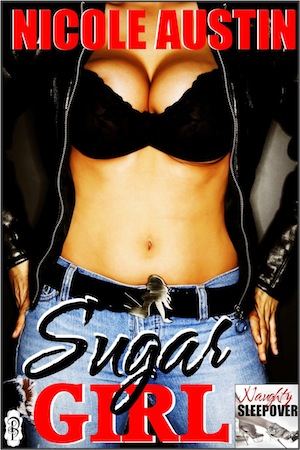 "I have read Ms Austin’s books before, she’s a go-to-author for me as she never disappoints. Sugar Girl is no exception. It’s a hot, sexy read with characters who connect with each other and the reader. There is a nice build up to the steamy action, I really enjoyed the fact that Jeremiah was a super-star yet it didn’t take over the story.

"Candy was feisty and sweet, I could see why Jeremiah liked her so much. The sex scenes are intense and emotional, the writing flows and heats up the page. All in all a great short read and a wonderful addition to the Naughty Sleepover series. I recommend it if you like m/f romance with some seriously steamy action."

Tempestuous "Will Keep You On The Edge Of Your Seat" 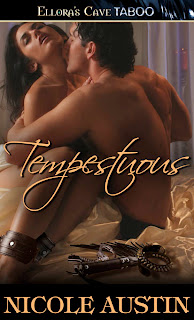 "Where, oh where, is Niko Kovalenko when you need him? One hot Dominant male enters submissively curious Evie’s world and it will never be the same. Attending a BDSM conference out of curiosity, led Evie to meet a practicing Dominant/Submissive couple who take her under their wing. Heading off to a mysterious club in town, they invite her knowing full well she won’t be able to resist the temptation.
"And that is where all of the fun begins! Within seconds of entering the hotel lobby to meet the group, Evie runs into the quiet, reserved, desirable, and dangerously sexy Niko. He is blown away by his reaction to her and knows she will be under his spell and body soon. His character was palpable, his actions and reactions in total alignment with the powerful man he is. Women flock at his feet and he gives his attention to whomever he pleases. At the moment, Evie is the object of his desires…. and man, does he have desires!
"I loved Evie’s innocence and determination to learn about what was causing her insides to tingle. Her rookie mistakes at the club were perfect as they showed the true spunky person that she was deep inside. Watching her unveil the woman underneath was a delight as Nicole Austin skillfully wove an erotic tale of discovery of one’s true self. Tempestuous will keep you on the edge of your seat as you experience Niko, a man like no other."
Rated 4.5 Delightful Divas by Susan!

Posted by Nicole Austin at 7:21 AM No comments: